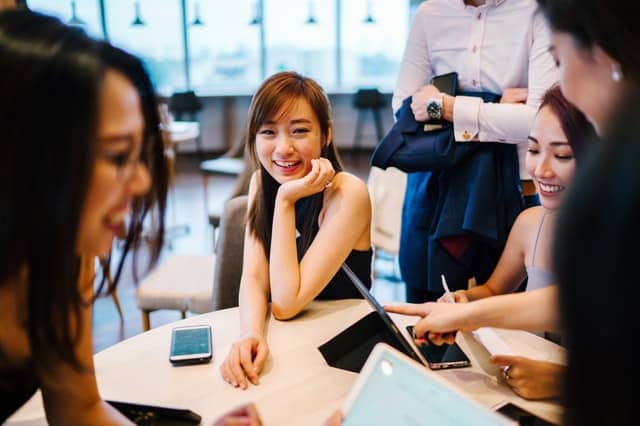 Get rid of typical perceptions of Chinese. It is time to get to know modern-day Chinese consumers who live the digitalized, 4.0 lifestyles.

Are you one of those people whose immediate thought of China is world’s factory that focuses on producing cheap goods and a country with dull lifestyles? If so, delete that image instantly. This is because the Chinese you think of may be avid online shoppers who use authentic brand name items more than us.

While China is an immense market with many roads built towards, the country has changed tremendously over the past decade. From being the ultimate source of cheap production or being frowned upon as a copycat, today China has emerged as a leader in technology. Now, Chinese people are more familiar with advanced innovations and are moving towards a perfectly digital society.

What can be observed is that there is an increase in online shopping through smartphones among Chinese people. It is estimated that approximately 44.9% do transactions via their mobile phones around 2 to 3 times a week.

Moreover, shopping is more convenient for Chinese people as their online transaction services allow them to walk around cashless. This includes AliPay under Alibaba’s group, a Chinese e-commerce giant founded by Jack Ma, which is now available for Chinese tourists visiting Thailand. Another service is WeChat, a messaging application similar to Line. WeChat can now serve as an e-wallet, allowing both shopping and chatting in one.

Chinese consumers can now shop through online transaction platforms anywhere and anytime, from luxury brands to street stores and taxis. In addition, various promotional coupons and discounts are often available.

TDPK foresees that one thing that shouldn’t be ignored is the fact that the online world is increasingly influential towards consumers, also called “social commerce.” In China, popular social commerces include Weibo and Baidu, which is China’s version of a combination of Facebook, Twitter, and Google, as China still has strict regulations when it comes to international media platforms.

While serving as a commercial channel, online media is also a source of information for consumers or a social search instead of traditional search engines on the Internet. Not only does it provide product information, but it also allows for reviews from peers as well as influencers.

Social media has been more instrumental towards modern-day consumers, especially among the Z-lennial group that is born after the year 2000 and is estimated to make up 40% of Chinese consumers by the year of 2020. There is information that approximately 70% of this group of people will prefer to shop online more than previous generations.

If you dissect the DNA of Z-lennials, you will find that this group of individuals are familiar with modern technology and are ones that enjoy convenience, speed, and values that reflect their identities, such as trustworthiness, sustainability, and worldliness. Therefore, digital marketing will become increasingly important in capturing the hearts of these people.

Naraya is a very popular fabric-based bag brand in Thailand that has been especially well received among tourists, such as the Chinese. It has now branched out into online platforms, making itself available on various websites such as Lazada, Shopee, and 11street. Moreover, it has also joined hands with Alipay and WeChat on campaigns, such as Alibaba’s Single Day and online shopping stores in WeChat’s applications, to allow greater convenience for Chinese customers apart from physical store walk-ins.

If you would like to win the hearts of Chinese consumers, you would have to understand China’s move onto a digital society. Whoever adapts best will be greeted with great opportunities in this huge market.