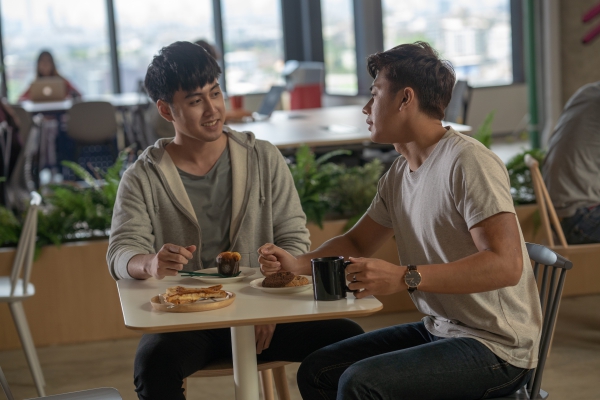 Many entrepreneurs establishing startups are young and inexperienced in developing an idea into a product or service. This may have been their first foray into the organizational and management side of the tech industry. And they’re unfamiliar with how to effectively deal with all the problems that invariably occur along the road to commercial success. They make mistakes, as all people do. But the severity of their errors is compounded when their startup's fortunes are riding on the decisions they make.

True Digital Park wants to provide you with all the information and skills you need to stick successfully to your development path and enjoy overall success. We also want your development path to be a journey of discovery and education that leaves you a more capable and experienced leader.

We’ll look at three common mistakes that inexperienced entrepreneurs can make and tell you how to recognize and avoid them before they become a real problem. By being aware of these mistakes and how to avoid them, you'll give yourself, your startup, and your idea a better chance of success.

Startups need to exhibit two main things to succeed: a good idea and a demonstration of progress in developing that idea. Having these two elements is what attracts both interest and investors. But being able to demonstrate continual progress to investors and potential investors can hit a snag when a problem occurs or an entrepreneur becomes fixated on perfecting one facet of a project. This is called the “paralysis of analysis."

They devote all their resources to putting out the fire and getting the project back on track. But if the problem is complex or the aspect can't be perfected easily and quickly, they commit the mistake of pouring more and more resources into tackling the issue. The project grinds to a halt and becomes paralyzed by the misguided commitment to solve or perfect the issue.

This is an obsessive behavior where the entrepreneur loses sight of the bigger picture. They need to act like an entrepreneur and a project leader, instead of a technician. They need to maintain their sense of perspective toward the startup’s ultimate goals. Instead of pouring more resources into the issue, they should take the counter-intuitive approach and use fewer.

Recognize that a slower rate of progress is still progress. Divide your resources with the goal of always maintaining forward motion. You'll not only eventually solve the problem or perfect the facet of your idea, but you'll also demonstrate leadership qualities to your team and your investors. They will both begin to have more confidence in your abilities, which can be invaluable later on.

Taking the Wrong Fork in the Road

Entrepreneurs are often faced with crucial decisions to make early on in the development of an idea. They need to have the wisdom to step back and look at the bigger picture when deciding which road to take. This can mean serious discussions with your team. But young entrepreneurs often build the teams around them to support their vision, not to question it.

Surrounding themselves with cheerleaders won’t make seeing the big picture any easier. Entrepreneurs need to have the humility and wisdom to hire people who can point out their mistakes and voice disagreements with any aspect of the project.

Having ‘devil’s advocates’ in your startup can stop the project from taking the wrong fork in the road early on. Every entrepreneur has decisions to make every day. And being able to entertain different points of view from people who have intimate knowledge and an understanding of the pending decision is vital to avoid making the wrong one.

By avoiding hiring cheerleaders and hiring thoughtful, knowledgeable, and opinionated people instead, your conference room may be livelier. But you'll also have a better chance of making the right decisions to put you on the road to success.

Know How to Talk About Your Startup and Idea

Many first-time entrepreneurs don’t seek advice as much as they should because they’re afraid of people stealing their ideas. This not only shows a lack of leadership and business maturity but also marks the entrepreneur as someone who doesn't fully understand precisely how the tech industry works.

Seeking advice and idea-sharing is a basic characteristic of the tech industry. Far from being locked in an attic like a mad professor performing their experiments in secrecy, the modern tech entrepreneur may be working in a co-working space where he rubs shoulders every day with other entrepreneurs developing their own ideas.

The truth is that most people in the tech industry that you seek advice from will be too invested in their own idea to consider starting over and stealing yours.

But seeking advice is mostly about making the right business decisions, and this type of advice rarely includes any discussions of application architecture or coding. You can discuss your idea and your startup without giving away anything of value. And you’ll have to if you’re presenting your startup at a press conference or meeting with VCs about investment.

VCs are known for refusing to sign non-disclosure agreements (NDAs), as they may hear several pitches that are similar, and refusing to sign NDAs is a way to protect themselves against actions taken by these cookie-cutter startups. In fact, taking an NDA into a meeting with a VC is the quickest way for them to lose any interest in your startup and idea.

You should always be prepared to talk freely about your idea and should learn how to do so safely without giving away any crucial secrets. Careful promotion should always be on the mind of an entrepreneur.

An Accelerator Programme Offers a Lot to a Startup